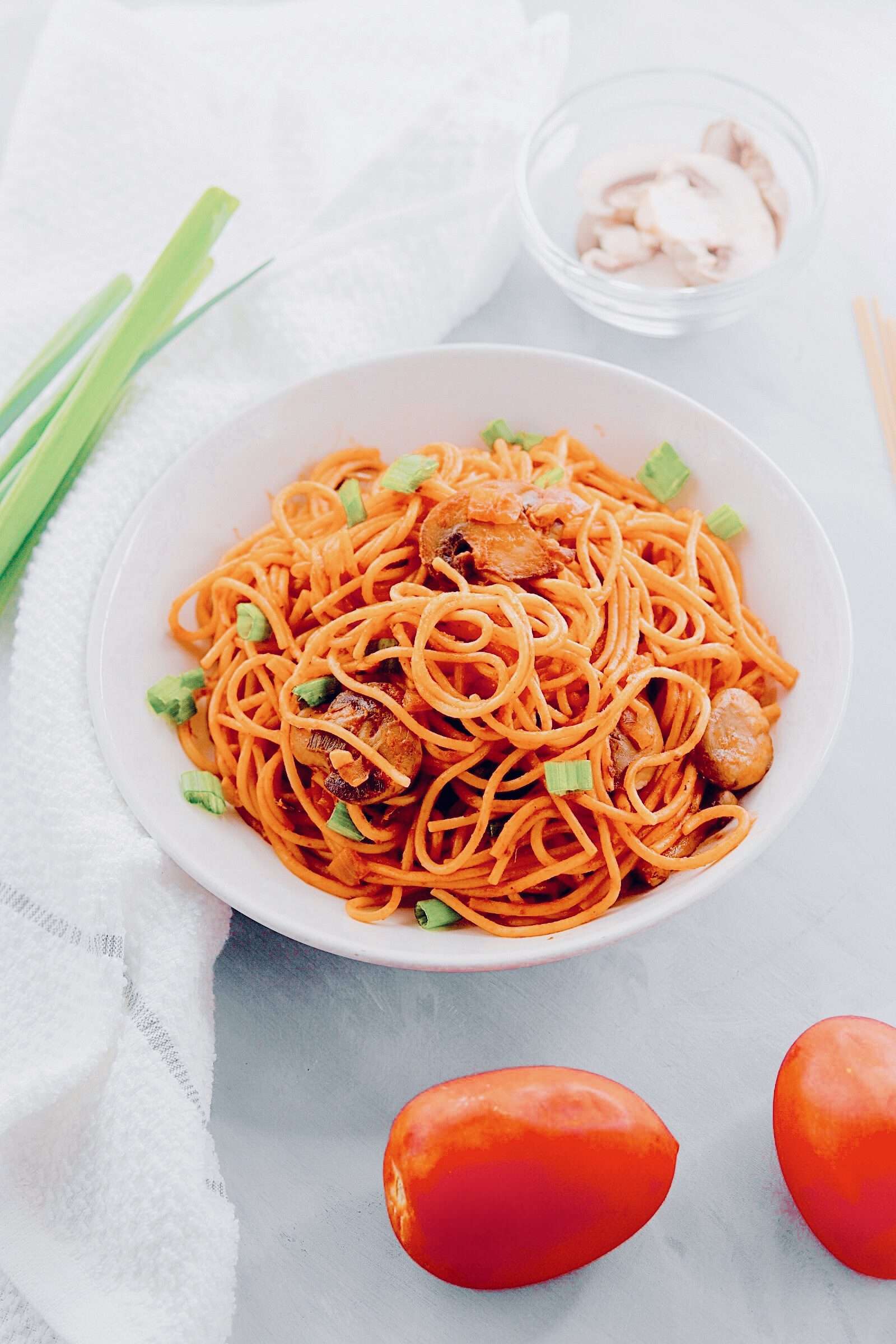 Okay, this vegan spaghetti recipe will blow your taste buds. Not in a bad way, but in an “oh so delicious” way.

I randomly thought about this recipe one evening and decided to bring the thought into fruition. I didn’t think it would turn out super delicious, but I was willing to give it a shot.

I’m so glad I gave it a try because if it didn’t taste this good, I probably wouldn’t be typing this blog post.

If you actively read my food blog posts, you would know I already have tons of spaghetti recipes posted there, because spaghetti just happens to be the meal I experiment with the most. Each time I have spaghetti and some leftover tomato sauce (whether canned or blended) sitting in my kitchen cabinet, I suddenly get the urge to experiment.

Today just happened to be one of those days for me to experiment because I had some leftover tomato sauce I used for my pizza recipe and a bunch of uncooked spaghetti sitting in my kitchen cabinet. In addition, I also had leftover mushrooms in my fridge, so adding it to this dish seemed like a great idea. 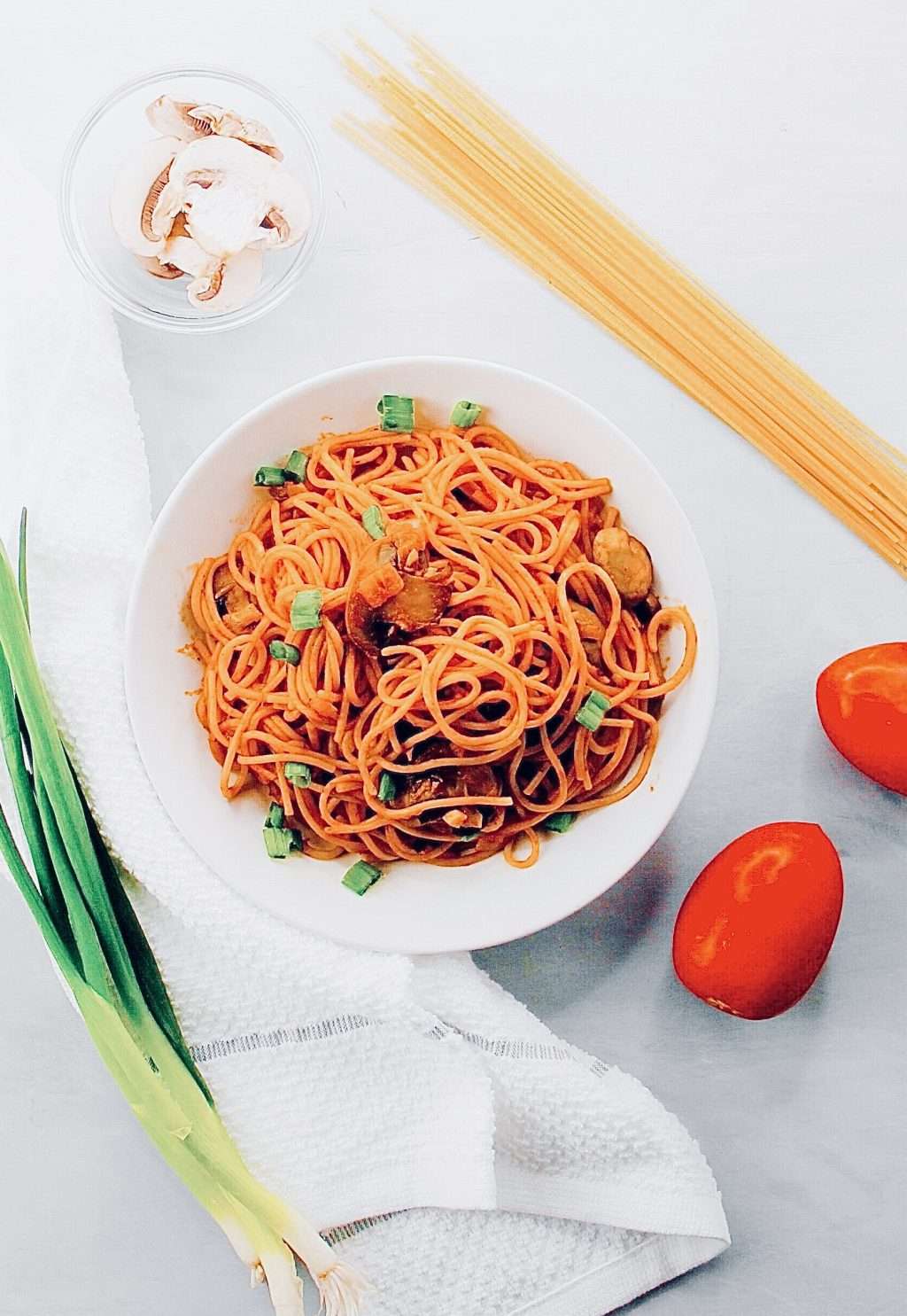 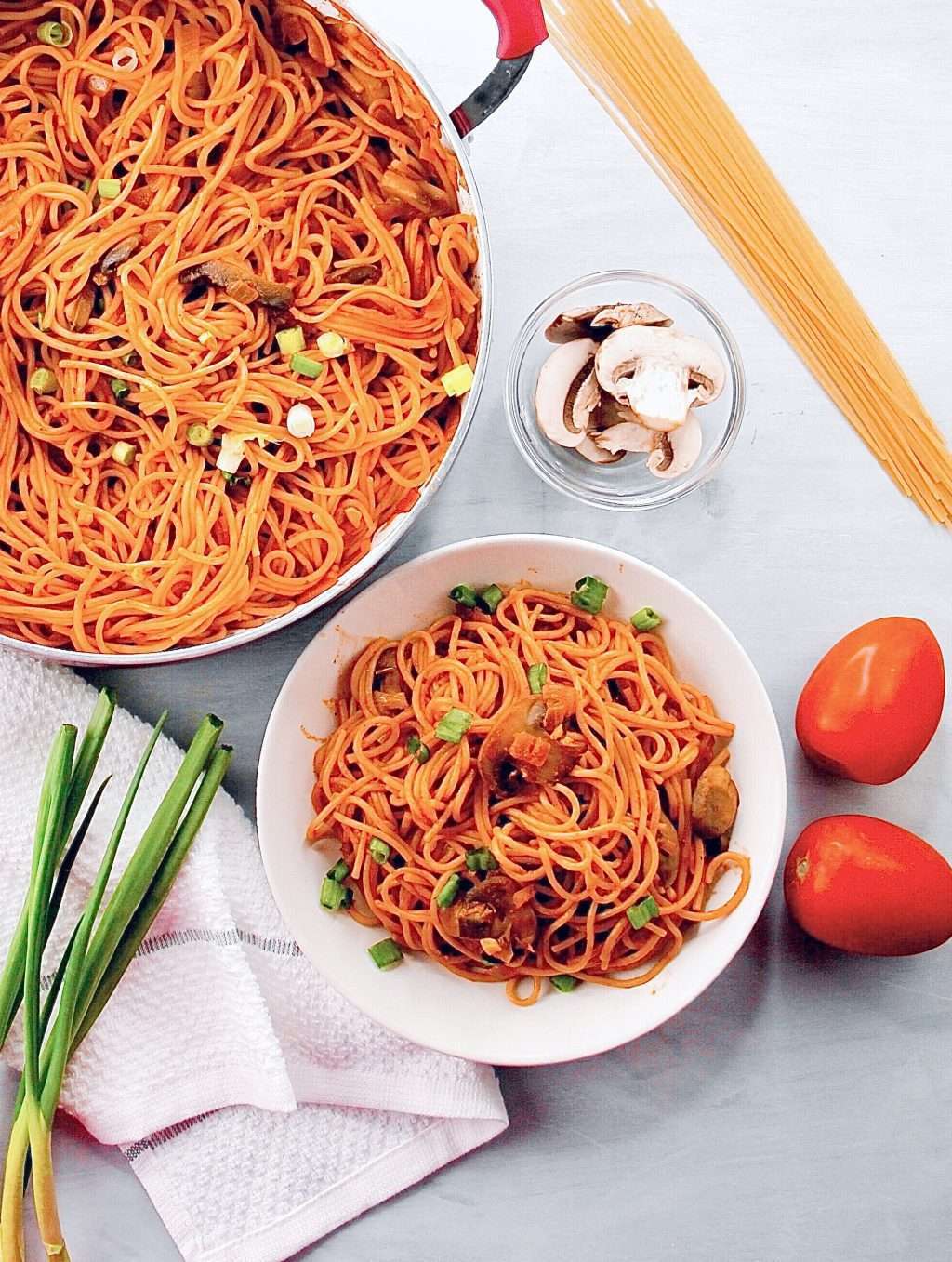 There’s just something amazing about combining mushrooms with tomato sauce. Fun fact, I never used to like mushrooms until I became vegan. But now knowing that mushrooms and tomato sauce go very well together, I hope to experiment more with it in the future.

If you’re considering going vegan, I highly suggest replacing ground beef with mushrooms. It gives your dish a very nice umami flavor that tastes so amazing when prepared in soups or spaghetti dishes like this one.

In addition, I recommend switching from chicken stock to vegetable stock. You would notice a huge difference in the flavor of your meal the minute you switch to veggie stock.

As someone who used to love cooking with chicken stock, I was so surprised at the amazing flavor vegetable stock gives. It gives my vegan dishes an awesome flavor, plus it’s very healthy. I don’t think I will be giving up vegetable stock anytime soon.

Let me know in the comments if you do give this recipe a try. 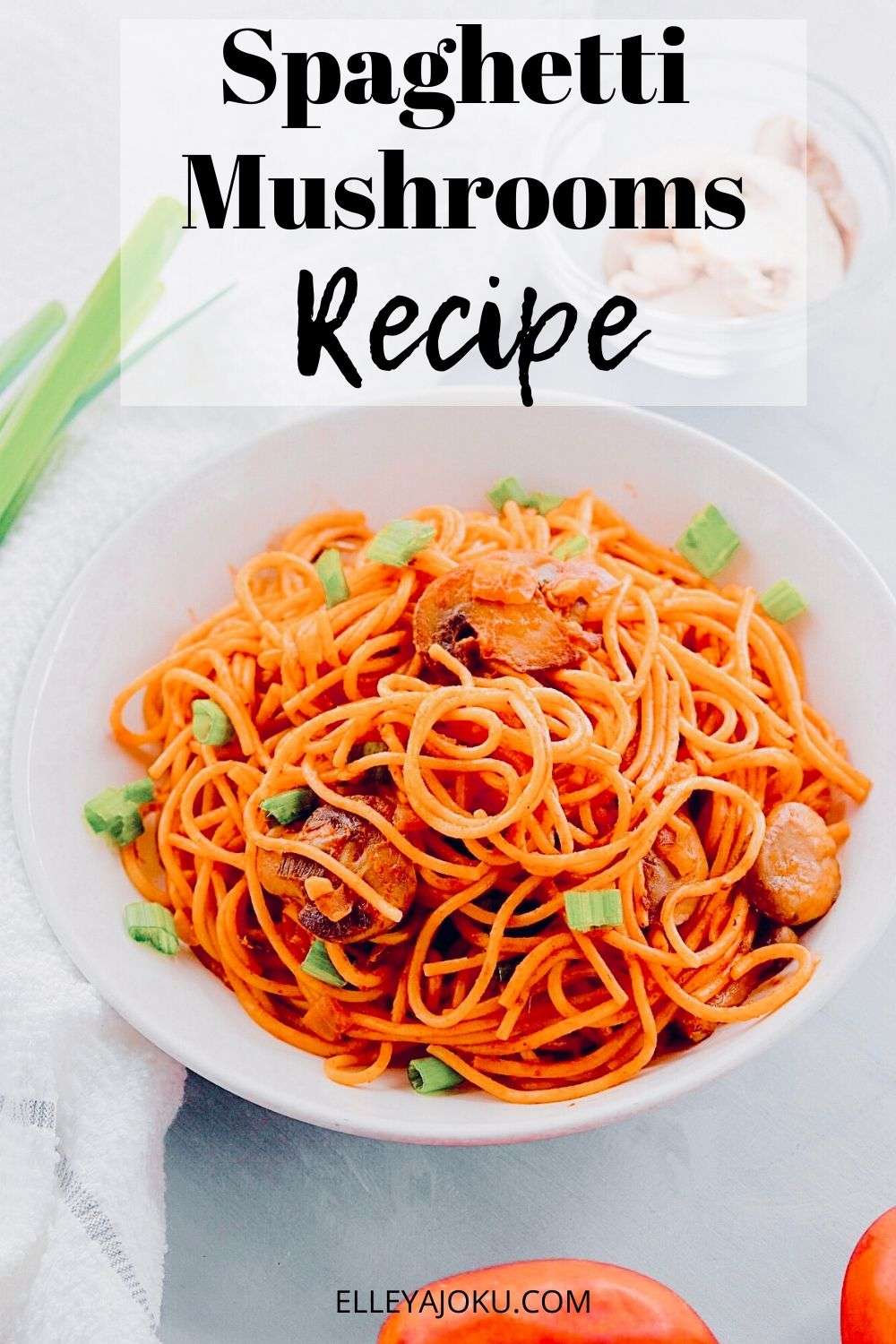 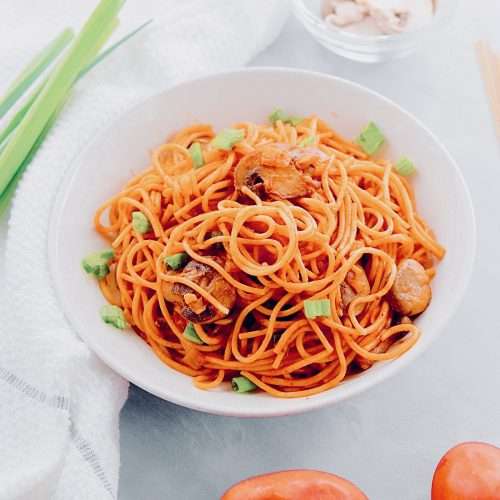 Use about 2 cups of water if necessary. I added water to the same cup that had the tomato sauce.