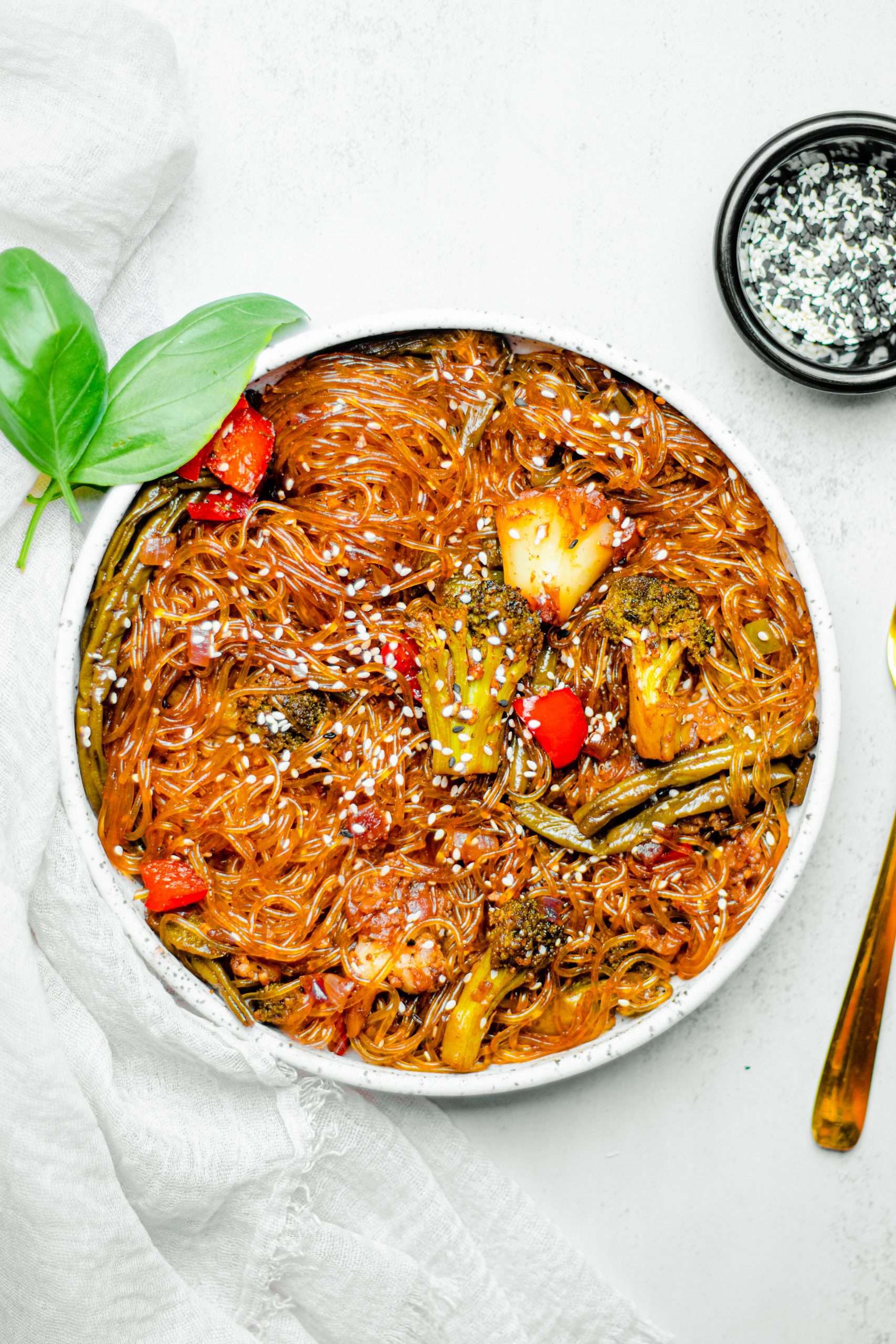 This Kelp noodles recipe is the best thing to be discovered since sliced bread. No kidding, I’m still quite sad that I didn’t discover it soon enough.

These healthy, low-calorie, and low carbohydrate noodles are made from kelp and water. Kelp is rich in iodine, calcium, magnesium, iron, and B vitamins. They are also a good alternative for those who are trying to cut down on carbs. The kelp noodles come in various shapes such as spaghetti or angel hair pasta style strands that make it easy to use them just like regular pasta or rice noodles!

It’s healthy and quick to make.

The best thing about kelp noodles is that they’re healthy! They are a good alternative to pasta, rice, and other starchy carbs because they are low in calories and high in fiber. Kelp noodles are gluten-free so those who have celiac disease or wheat intolerance can enjoy them as well. These delicious seaweed noodles are also a great source of protein, making them an excellent choice for people looking to add more protein into their diet.

The noodles are made from kelp. Kelp is a type of seaweed, which is a plant that lives in the ocean. The seaweed is mixed with water and then placed in a machine called an extruder. This machine pushes out long strands of kelp noodle dough! Once they’re done being pushed through the extruder, they’re ready to be dried out at low temperatures, so they don’t go bad before you can eat them!

That’s right—kelp noodles are actually made from sea vegetables and water! To make this recipe, you would first need to prep the kelp noodles by combining the baking soda with lime juice and stirring in the kelp noodle. Once it softens up, drain the mixture and wash off any excess with water. Add a little bit of the sauce mixture and leave to marinate for about 20 minutes.

To a large pan on medium heat, add some olive oil, chopped red onions, and mixed veggies. Sautee the veggies until it softens. Add in the rest of your sauce mixture and leave to cook until the veggies fully absorb the sauce. Then stir in your marinated kelp noodles and simmer for about 5 minutes on low heat.

This kelp noodles recipe has so much to offer, and they’re a great alternative for those who are trying to cut down on carbs. Kelp noodles are also extremely healthy, with their high fiber content and low-calorie count. If you want to make these mouthwatering noodles at home for yourself or your family, just follow these simple steps! 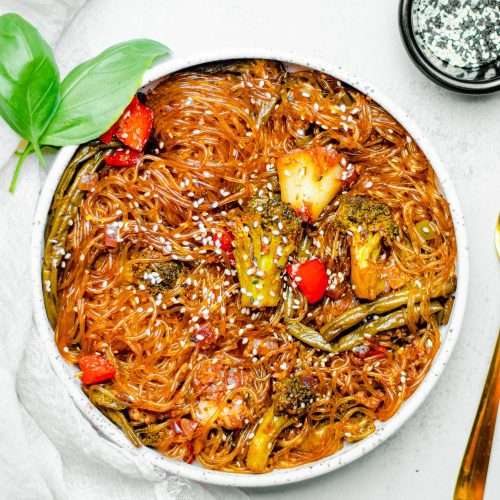